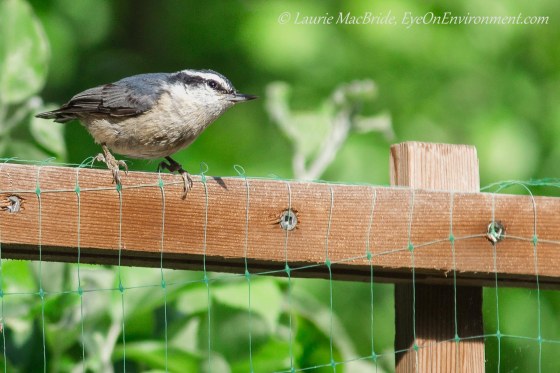 Checking out the new perch: Red-breasted nuthatch. (Click to enlarge)

We’ve added a number of trellises, tripods and other supports to our garden this year. They’re functional rather than glamorous, and some are on the rustic side, made from scrap wood. But they seem to have made the birds pretty happy.

The nuthatch in the photo above tried out the new pea trellis one recent afternoon, along with the frames for the netting that will soon surround the blueberry and raspberry beds. All seemed to pass muster.

Similarly, the squash tripods, bean trellises and extra-tall tomato stakes won chirps of approval a day or two later when the Robin family checked them out.

Despite my linguistic limitations, I think I was able to follow the gist of the conversation. “Plenty of perches, hooray! What great viewing platforms for spotting bugs and worms! And hey, look, there’s a big stand of salmonberries just coming ripe, over there in the corner, with no pesky netting! This place should do nicely for the summer.” 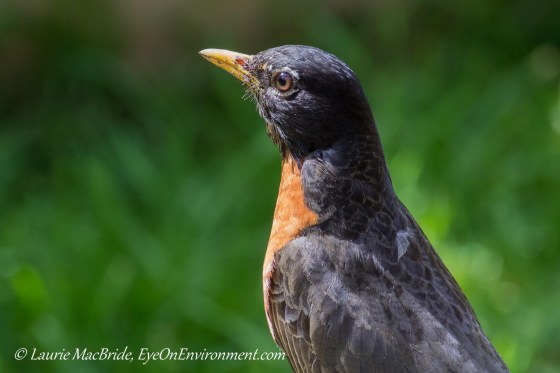