That’s “Captain” to You, Matey! 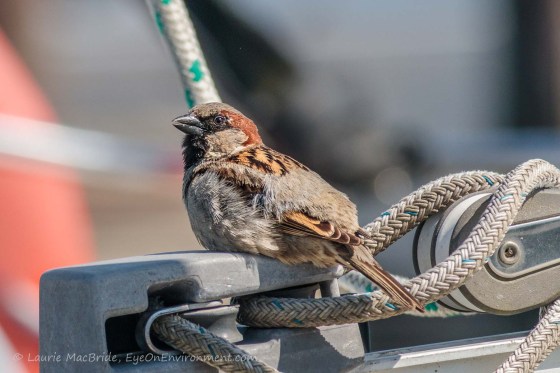 On a recent boating trip we had a memorable encounter with Captain Sparrow, when we pulled into a marina for an overnight stay.

This wasn’t the fictional Hollywood pirate, but his rakish charm, clowning antics, colourful plumage and confident swagger certainly spoke of that (in)famous character.

Our true-life Captain was a loud, energetic bird – a House sparrow, I believe (hopefully a reader will correct me if I’m wrong).

From the moment we arrived there in the afternoon until we left the next morning, he blasted us with song, at least during daylight hours. 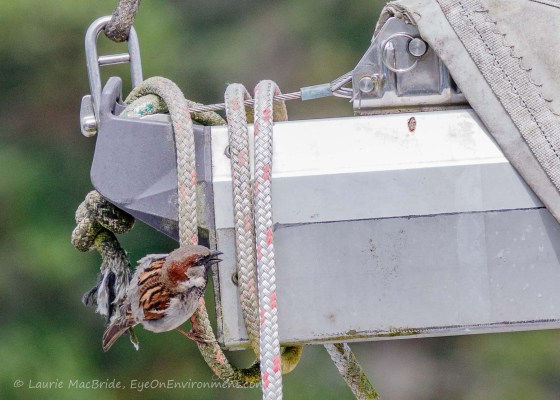 It turned out that Captain Sparrow’s nest was inside the aluminum boom of the sailboat tied next to us – a vessel that clearly hadn’t left the dock for awhile. Every now and then he’d climb back into the boom, then emerge a few moments later, hopping all around the boat, singing louder than ever.

His lifestyle seemed secure enough, at least for awhile, since that sailboat clearly wasn’t going anywhere soon. So – kind of like me I guess – Captain Sparrow had one wing on land and one on the sea, living a sort-of-seafaring lifestyle.  But unlike me, he could really belt out a tune.